Move.org Report: U.S. Cities With the Lowest Cost of Living

When will we finally find relief? As COVID rages across the country and with no new stimulus checks coming in the immediate future, Americans living in metropolitan areas are seeing their problems compounded by a rise in the cost of living.

A recent report released by Move.org found that a $1,200 stimulus check, similar to the ones distributed in April 2020, wouldn't cover one month of living expenses even in the most affordable U.S. cities they ranked.

For their report, Move.org compiled a list of the 75 most populated U.S. cities and ranked them from highest to lowest cost of living. Metrics they used to create the list include: rent prices, utility costs, gas prices and internet rates.

According to their data, Move.org determined that the top three most affordable cities in the U.S. are El Paso, Texas; Wichita, Kan.; and Lincoln, Neb. The three least affordable U.S. cities? San Francisco, Calif.; New York, N.Y.; and Oakland, Calif.

Another interesting statistic that Move.org pulled from their report is that the combined populations of the 75 cities they ranked account for 18 percent of the total U.S. population.

Below is a graphic created by Move.org that illustrates where the 15 most affordable and 15 least affordable cities are located on a U.S. map: 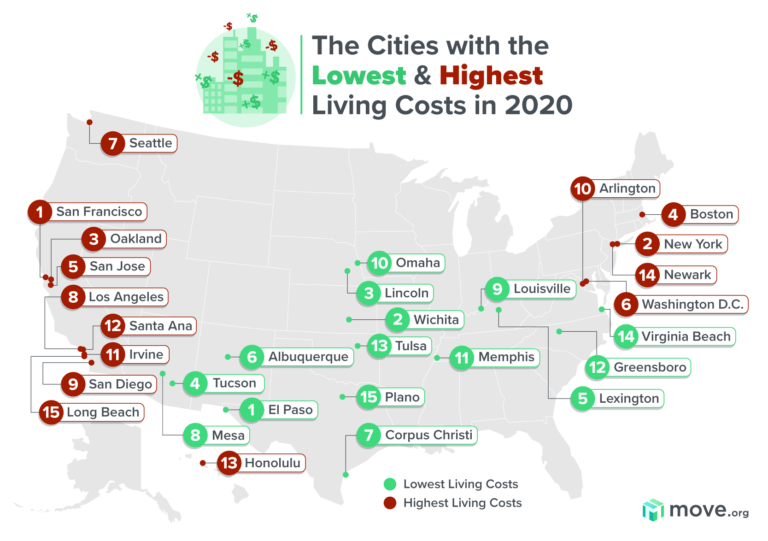