What is a Broken Plan Home? 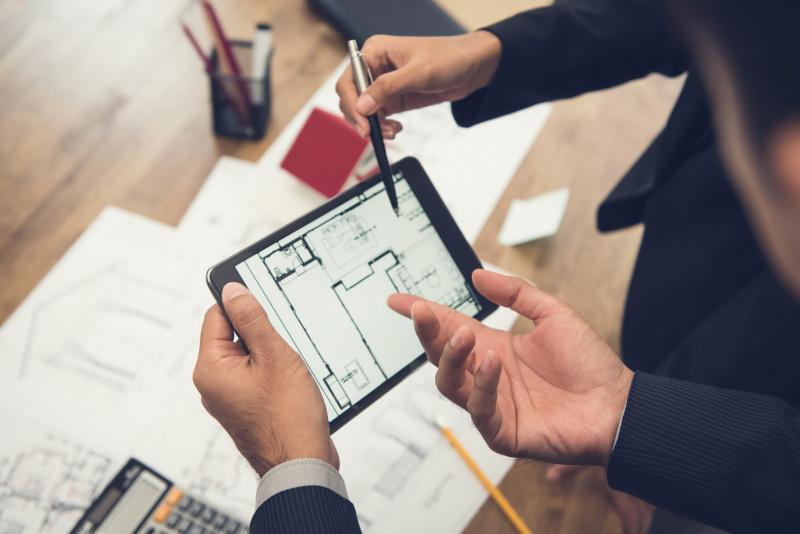 Home designs traditionally featured rooms that were separated by walls and doors. Architectural trends have shifted and open floorplans have become increasingly popular. While many homeowners like the spacious feeling of an open floorplan, as well as the ability to easily keep an eye on their kids, some long for more privacy. A broken plan design can balance those priorities.

How Can Spaces be Separated in a Broken Plan Home?
A broken plan falls between an open floorplan and a design with rooms that are completely separate. In a broken plan, the house has an open, spacious feel, but areas can be separated in various ways to provide privacy, or the option to have privacy when desired.

For example, partial walls that stand just a few feet high can be used to divide areas without completely blocking the view. If you choose partial walls, your kids will be able to play in their own area while you’re cooking in the kitchen. That can give both you and your children some space and privacy, while making it easy for you to watch the kids. A half wall can also incorporate shelves for extra storage space.

Glass walls can provide a measure of privacy. Walls made of clear glass can allow people to see into other areas while allowing individuals to have private conversations. Glass may also be tinted or frosted for additional privacy.

A sunken room is a space that sits a few feet below the level of the room next to it. That can create an area that is separate, but not blocked by a wall. A sunken room can preserve an open feeling and won’t block sight lines.

Furniture can be used to delineate a boundary between two areas. For example, a couch can separate a living room area from a dining space. A bookcase, screen, or area rug can serve the same purpose.

Is a Broken Plan Right for Your Family?
If you’re planning to have a house built and trying to choose a layout, think carefully about your family’s lifestyle and how you will use the space in your future home. Although open floorplans have become popular in recent years, they have drawbacks. A broken plan may be a better option for your family since it can allow you to enjoy the spaciousness of an open floorplan while still having some privacy.

If you currently live in a house with an open floorplan, but you would like more clearly delineated spaces, you can incorporate permanent or temporary elements to create boundaries. If you’re not sure if a broken plan is right for you, experiment with temporary dividers. If you prefer a broken plan to an open floorplan, you may decide to install permanent dividers later.